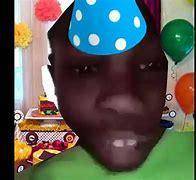 1. What effect do the stanzas have on the meaning of this poem?

The correct answer is D: Each stanza presents a different aspect of the creation of the tiger.

In overall, "The Tyger" poem, is about asking the tiger about its traits and the traits of its creator. Each stanza addresses several questions, open to interpretation, that depict the fearful yet marvelous essence of the tiger, and the traits and actions of a God (probably a Christian one).

In the first stanza, William Blake writes metaphorically about the tiger's fur, when referring to it as "Burning bright" and then he mentions where he roams: "In the forest of the night". The following two verses seem to question whether a divine being could create such a fearful and fascinating creature.

In the second one, the author remarks its fiery eyes and wonder whether they come from heaven or hell. And then again ask about what divine being could've ever made the tiger.

The 3rd stanza's main subject is a group of questions about God's physical characteristics. And in the following, the author keeps asking questions, but this time about the "elements" involved in the making of the creature. The 5th one, seems to be a reference of another story, and then Blake asks if this "divine being" looked proud upon this animal jungle he created, and add one more: "Did He who made the lamb make thee?".

And finally, the last stanza is similar to the first one, with the word "Dare" instead of "Could".

The correct answer is C: It connects the spirit of the speaker with that of the daffodils.

In this last stanza, the speaker comes to reality by describing himself lying on his couch, thinking. However, even though he’s not seeing the daffodils anymore, and he recognizes it, he naturally remembers them. And the memory of the daffodils makes him feel again the way he did when he was with them. He relives the moment, connecting his spirit with the daffodil’s.

3. Which alliterative phrase from the poem creates a grateful mood?

The correct answer is B: “Golden in the mercy of his means,”

This phrase comes from the poem "Fern Hill" by Dylan Thomas, and is found in the second stanza, where the author is praising and detailing moments he spent at Fern Hill when he was young. He describes himself as "Golden", which can refer to the way he was feeling at that time: very valuable, radiant and alive, where he was present. To appreciate and recognize the moment he was living is to be, as well, grateful.

4. Select the phrase to correctly complete the sentence.

The correct answer is C: Waiting anxiously for news about college, Richie checked the mail every day.

I notice that both of these stories are setting a new goal in a new place.

For Pioneering in Florida, it shows that they had to move but just for one more year due to help his sister and get her homestead. They had to go through many obstacles so they can succeed in their goal.

Okay so, for Finding Gold, Finding Florida, it seems like they go something similar but, Ponce de León wanted to find the "Fountain of Youth" and gold in an island called Bimini. He had set a goal but died sadly due to the Calusa people attacked him and shot him at an arrow at his leg.

Basically, I see something going on for both of these stories. They are similar to what they got at the end. They didn't get what they wanted most but, get something great. For Finding Gold, Finding Florida, it showed they didn't find the "Fountain of Youth" but got his voyages spurred others to search for gold and other riches in the New World.

In Pioneering in Florida, they had the whole Doster family in Florida.

It was harsh for them living but, they were able to pass the obstacles in Florida. Dora's mother wanted to go back someday in the trains due to her homesickness. (I forgot what I was doing-)

Answer from: emmalouh5986
The first poem has the answer D. About the tiger

Another question on Health

Health, 21.06.2019 21:00
Which can be an effective way to reduce stress? getting in the habit of doing things perfectly the first time engaging in a fun physical activity on a regular basis taking an antacid for a stress-based stomachache studying extra hard the night before a test
Answers: 2
Answer

Health, 22.06.2019 01:00
Individuals with hiv/aids are viewed and treated the same as uninfected individuals in society. select the best answer from the choices provided. t f
Answers: 1
Answer

Health, 23.06.2019 12:30
By signing the patient’s ehr with the digital signature, the provider certifies that all data and information in the patient ehr is:
Answers: 3
Answer

Health, 23.06.2019 17:00
The effects of tobacco use on society include high taxes and loss of life. select the best answer from the choices provided. t f
Answers: 1
Answer
You know the right answer?
What a app like but whit no mods
...
Questions

Health, 11.03.2021 17:30
JJ is handling a patient with an airborne-transmitted disease. Which transmission-based precautions should he observe? cover any skin lesions t...

History, 11.03.2021 17:40
Which of the following acted as a major factor in the desire to acquire the Oregon Territory? The location of the territory would secure access to th...
More questions: Health Another questions
Questions on the website: 13961402